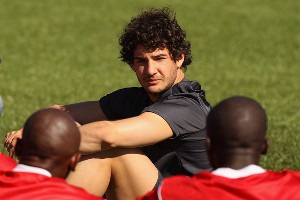 More transfer news are out and it has been reported that Spanish champions FC Barcelona wants Brazilian striker Alexandre Pato included in any offer from AC Milan for striker Zlatan Ibrahimovic.

Sport has reported that Sweden international Zlatan Ibrahimovic is cool on the prospect of a move to Manchester City – and would prefer a return to the San Siro with Milan.

Milan however do not have the spending power to match Barca’s €50 million asking price – but a solution would be to find a buyer for either Pato or Ronaldinho.

This may play into Barca’s hands in trying to sign the 20-year-old Brazilian as a cash-plus Pato deal for Ibrahimovic may suit all parties.