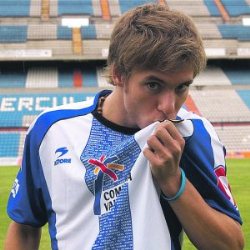 Reports are out claiming that European and Spanish champions FC Barcelona are still haggling with Hercules over a price for Kiko Femenía.

The Spain U21 midfielder has emerged as a major transfer target for Barca, but Hercules must drop their asking price for the deal to be closed.

Sport has revealed that the Spanish giants remain hopeful of a compromise and are not ready to walk away from the negotiating table.

Kiko is well aware of Barca’s interest and admits he is excited about moving to the Nou Camp.