It has been reported that Barcelona coach Tata Martino is impressed by Villarreal defender Mateo Musacchio. 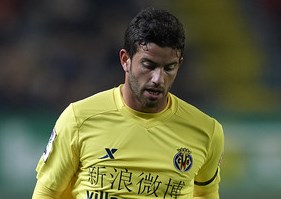 It is said that Martino was spotted in deep conversation with his fellow Argentine at the end of their clash on the weekend.

El Mundo Deportivo claims that Martino was impressed by the 23 year old’s performance and is aware he comes off contract in June.

Musacchio plays primarily as a centre back and has two international caps for Argentina.