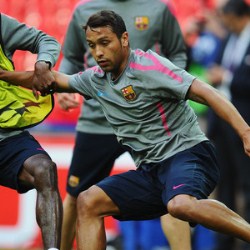 Transfer News are out and it has been reported that Premier League giants Liverpool are expected to make an offer for Barcelona winger Jeffren Suarez.

The Telegraph has reported that the 23 year old Spanish winger only have one year left on his contract at Camp Nou.

The Spanish under-21 international yesterday told the radio station Cadena SER that it was an “honour” to be tracked by Liverpool, who are believed to have indicated their interest to the player’s representatives.

It is believed that the youngster could be signed for a fee around the region of £8 million.