Reports are out claiming that Thierry Henry sung the praises of Lionel Messi following his masterclass against Manchester City on Wednesday night. 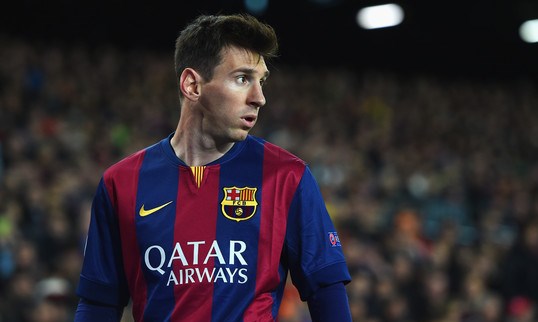 The Argentine maestro dominated City midfielders and defenders as the Catalan giants won their Champions League Round of 16 second leg 1-0 at Camp Nou.

Messi, who set up the winning goal for Ivan Rakitic, toyed with City throughout and despite his dominance managed to attract criticism from onlookers.

However, Arsenal legend Henry has backed Messi for the way he goes about and suggests it is not such a bad thing to be sure of yourself when you are as the world’s best.

“I’m sad for him, and upset because people doubt him sometimes,” Henry said on Sky Sports.

“They doubt him. How can you doubt a guy like that?

“He put himself on a level where it’s impossible for me to hear people doubting this man. What he has done we should all enjoy the guy, like we did tonight. It is a pleasure.

“Let’s all be honest. You need that. He just plays. If you ask him to play with you now just outside the dressing room, he will just want to have fun, perform and be the best out there.”