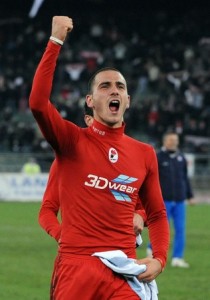 The Italy U21 international has been revealed as a £6 million target for Manchester City boss Roberto Mancini.

Bonucci told reporters in a recent interview that it is pleasing to know of interest from a club like Manchester City.

The defender also added that he made his debut in the Inter Milan first team when Mancini was on the bench.

The player then said that in any case, he is currently playing for Bari and remain concentrated to Bari.