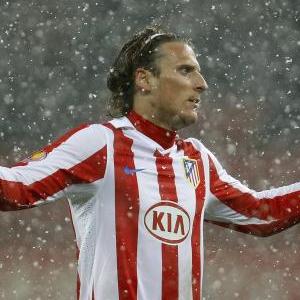 Reigning champions Atletico Madrid were dumped out of the Europa League after seeing results go against them in Group B.

Atletico needed to better the score Aris Thessaloniki got at home to Rosenborg in their match with group winners Bayer Leverkusen in order to pip the Greek side to second spot and a place in the last 32.

Atletico did not get the desired result at either ground though, as Quique Sanchez Flores’ men could only record a 1-1 draw at a snow-covered BayArena – Patrick Helmes putting the hosts ahead in the second half before Fran Merida equalised almost immediately – while Aris recorded a 2-0 victory over already-eliminated Rosenborg.