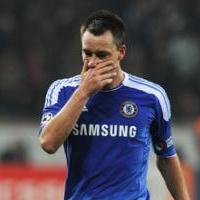 Chelsea crashed to another last-gasp defeat tonight to put them in real danger of failing to reach the Champions League knockout stage and pile the pressure on Andre Villas-Boas.

For the third time on their travels in Group E, the Blues took the lead, Didier Drogba scoring only his second goal of the season shortly after half-time.

But, as against Valencia and Genk, the visitors threw away victory, substitute Eren Derdiyok equalising before Manuel Friedrich completed the comeback in stoppage-time.

To make matters worse, Valencia beat Genk 7-0 to wipe out Chelsea’s superior goal difference and leave Villas-Boas’ men needing to win or keep a clean sheet in next month’s final group game to reach the last 16.