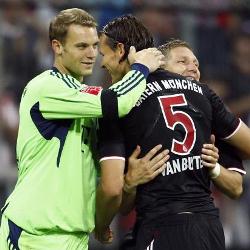 Zlatan Ibrahimovic had put Milan in front just four minutes in after breaking through the Bayern defence, but the tournaments hosts levelled 10 minutes before the break as Toni Kroos fired home from Rafinha’s cross.

The first seven penalties of the shoot-out were converted but after Alberto Paloschi missed for Milan, Bastian Schweinsteiger scored to settle it.

Barcelona will play Bayern on Wednesday evening with their vanquished opponents meeting each other earlier.

Thibaut Courtois Willing To Wait For His Chance At Chelsea