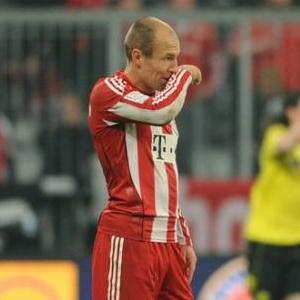 Borussia Dortmund took another giant stride towards their first Bundesliga title in nine years with victory over Bayern Munich at the Allianz Arena which all but ended the hosts’ hopes of defending their crown.

Dortmund’s first win in Munich since 1991 gave them a 13-point lead over second-placed Bayern Leverkusen, who play tomorrow, and moved them 16 clear of Bayern.

Lucas Barrios put Jurgen Klopp’s side ahead in the ninth minute before Luis Gustavo brought Bayern level in the 16th minute.

Nuri Sahin put Dortmund back in front within two minutes and Mats Hummels sealed the three points after an hour to leave Bayern languishing in fourth.