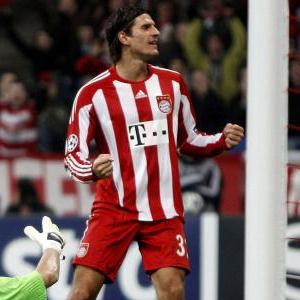 Bayern Munich were thankful for a pair of own goals as they maintained their perfect start in Champions League Group E with victory over Cluj at the Allianz Arena.

The result gave last season’s beaten finalists a firm grip over their section, however, they won with some fortune after falling behind to Cluj skipper Ricardo Cadu’s header after 27 minutes.

Cadu’s night turned sour soon after when he unluckily put the ball into his own net before Cristian Panin did the same six minutes later.

It proved the decisive period on a night when Cluj otherwise matched their hosts and Mario Gomez added a third for Bayern to render Juan Emmanuel Culio’s late strike a consolation effort.

Bayern’s win moved them up to nine points and, after Basel beat Roma 3-1 in the other game in the group, gave them a six-point cushion over their rivals at the half-way stage.