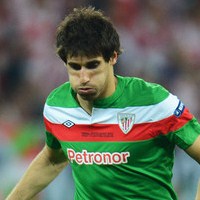 Reports have emerged that Manchester United and Manchester City are being linked with Athletic Bilbao midfielder Javi Martinez.

Kicker reported that Bayern Munich are winning the race to sign Martinez, despite interest from top clubs in Spain and both United and City.