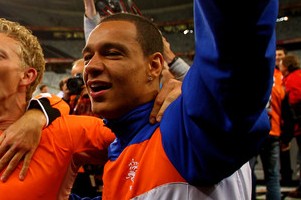 According to club chairman Karl-Heinz Rummenigge, the 22-year old Holland international has attracted plenty of interest from from teams across Europe and now the Bundesliga champions are keen to lure him to Allianz Arena.

“We are looking at things now and will discuss them again with the coach,” said Rummenigge. “Theoretically, we have until August 31.

“Sometimes one has to pursue things with great calm so that they don’t become too expensive.”