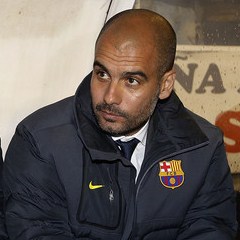 It has been revealed that Bayern Munich are making a shock move for former Barcelona coach Pep Guardiola.

According to BILD, the German giants have made contact with Guardiola about succeeding Jupp Heynckes for the new season.

The former Barca coach is expected to take a year off from football and spend it in New York with his family – though for the moment, no serious move has been made.