It has been reported that Mario Mandzukic could be on his way from Bayern Munich at the end of this season. 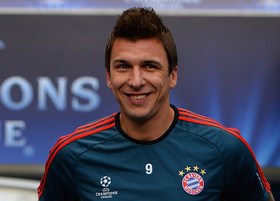 The Croatia international striker has been linked with Arsenal and Juventus.

Beckenbauer continued: “I see Lewandowski in the attack, his playing style is suited for (Pep) Guardiola’s ideas than that of Mandzukic.

“There are even more reasons why he could leave – even without him, Guardiola could still count on Thomas Mueller and Mario Goetze in attack.” Arsenal Target Julian Draxler Yet To Decide On Schalke Future