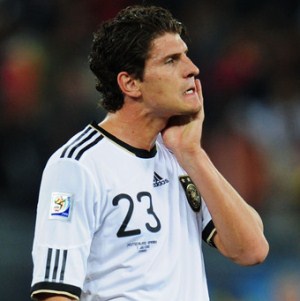 Liverpool’s attempt to sign Bayern Munich striker Mario Gomez has broken down after the German giants refused to push through the deal with the Reds worried about the player’s massive wages.

It is said that the German international’s £125,000 were too much for the Reds, especially for a loan, and it has come to the surface that Bayern did not want to come to the party.

“Bayern Munich is not a superstore for other clubs to come and help themselves to players,” said sporting director Christian Nerlinger.

“No player will be leaving and they will certainly not be leaving on loan.”