It has been reported that Bayern Munich are in the hunt for Manchester United winger Angel di Maria. 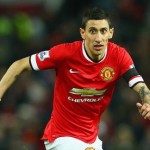 Manager Louis van Gaal is looking to strengthen the squad this summer has already made one addition to his squad with Dutch forward Memphis Depay joining the club from PSV.