Reports are out claiming that Bayern Munich are joining the battle for Newcastle United striker Loic Remy. 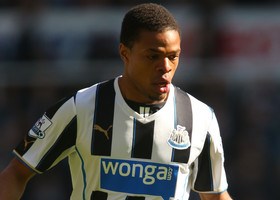 The Mirror claims that Bayern want to beat a host of Premier League clubs to QPR-owned forward Remy in a £15million deal.

The Bundesliga and European champions are keen to tie up a move quickly for the France international, who is on a year-long loan with Newcastle.

The Magpies had hopes of keeping the former Marseille star, but they have gone. Both Tottenham and Roberto Martinez’s Everton are also admirers and he was linked with Arsenal last month.

Bayern have signed Polish star Robert Lewandowski for next season, but they want Remy too.