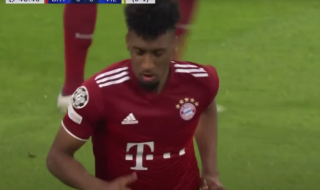 When the Champions League quarter-finals and semi-finals were drawn, most assumed pairing Bayern Munich with Villarreal and Liverpool with Benfica was certain to set up a headlining Bayern versus Liverpool semi-final.

At least one half of that pairing of two of Europe’s most storied sides won’t come to pass after Villarreal upset the Bavarian giants, following up a 1-0 first leg home victory with a 1-1 draw in Munich that sees the La Liga side through.