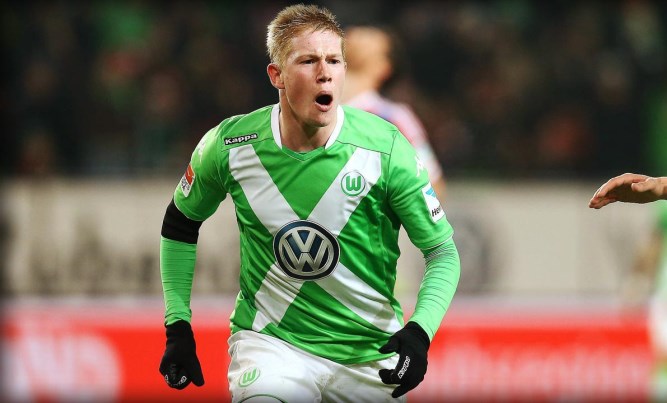 Reports are out claiming that Bayern Munich are believed to be favourites to sign Wolfsburg star Kevin De Bruyne.

The Telegraph reports that the German giants have emerged as the new frontrunners to land the services of the 23-year old Belgian midfielder this summer.

Manchester United and Manchester City were heavily linked with the former Chelsea flop but it appears as though the reigning English champions are baulking at the proposed £45million transfer fee which Bayern are believed to be willing to pay.