It has been reported that Bayern Munich have reportedly joined the race for Southampton’s Sadio Mane. 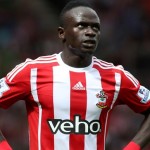 The Senegal international forward is already being linked with a potential move to Manchester United but according to The Telegraph, German giants Bayern are now showing significant interest.

Bayern boss Pep Guardiola is keen on the 23-year-old as he looks for a new attacking threat following injuries to Arjen Robben and Franck Ribery.

United are reportedly prepared to part with £20million for Mane but are now likely to have a battle on their hands if Bayern’s interest is serious.

So far this season, Mane has scored three goals and provided six assists for the 10th-placed Saints. Darren Fletcher Hoping To Win The Treble This Season