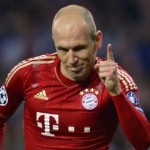 there are question marks over the fitness of Mario Gomez, who also missed out at the weekend with a muscle strain.

Alessandro Matri and Fabio Quagliarella could play together up front for Juve if Mirko Vucinic fails to prove his fitness ahead of the match. The Montenegrin striker missed the weekend’s clash with Inter through flu. Sebastian Giovinco took a blow to his ankle in that match, but is in the squad to face Bayern, while Giorgio Chiellini looks to have recovered from his own ankle knock.

Jupp Heynckes: “Juventus are not just catenaccio. They are an excellent team with the necessary imagination and creativity. In some ways, they are a typical Italian team but, on the other hand, they have great attacking quality with outstanding midfielders such as Andrea Pirlo, Arturo Vida and Claudio Marchisio. They are a very well-structured team and they have an attribute which is not so common in Italian teams in that they switch positions very well. Juventus have done many things right in the last three or four years. They have put together a new team after the relegation and brought in the likes of Pirlo. He prevails on the team but they are all top players.”

Antonio Conte: “We know we’re outsiders and that we’re up against one of the main contenders. This is a chance for us to pit ourselves against the best and see how far we still have to go.” 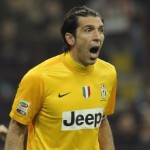