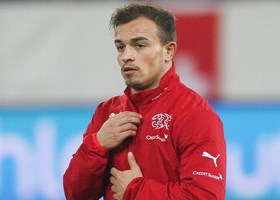 The Switzerland international winger has been linked with Manchester United and Liverpool as he struggles to nail down a regular start this season.

But Sammer insists: “We hold him in high esteem.

“He can be played in different positions and is an important player for the future.

“We are not thinking about a transfer.”