It has been revealed that Bayern Munich chief executive Karl-Heinz Rummenigge has dismissed reports of Mario Mandzukic leaving this year. 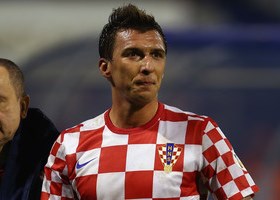 The Croatia international striker is being linked with Manchester United and Arsenal for the summer market.

Rummenigge told Bild : “During our time in Marrakech [for the World Club Cup] I spoke with Mario’s agent,”.

“Between us there is a good relationship and we will continue to have him until his contract until 2016.

“We are not going to sell him.”