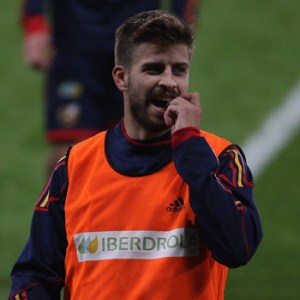 Franz Beckenbauer has sensationally revealed that he would love to see Barcelona defender Gerard Pique in a Bayern Munich shirt.

Many fans refer to Pique as “Piquenbauer” due to his similarities with the German legend.

The German legend told El Mundo Deportivo that : “I insist that the honor is mine,”.

“Gerard Pique has an incredible career ahead of him. From the first time we spoke in Cape Town, during the draw for the finals of the World Cup in South Africa and now he is a champion with Spain, as he was with the club. It’s been an amazing progression.”

Beckenbauer also said : “I’ve told Louis van Gaal that Bayern lacks a central defender like him. With Pique, we would do well, although I do not think Barca will let him go.”

AC Milan Not Interested In Selling Thiago Silva To Barcelona