Beckham : I Will Continue Playing After World Cup 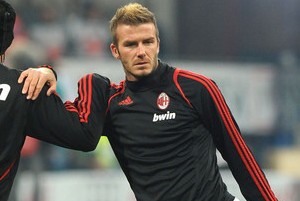 LA Galaxy star midfielder David Beckham has confirmed that he will continue his playing career after the 2010 World Cup in South Africa which kicks off in June.

The England international midfielder, who is currently on loan with Italian club AC Milan, had been linked with retirement once the tournament concludes later this year but has insisted that he will continue playing after that.

Beckham however admitted that he was unsure exactly where he would continue his career, with a third loan spell at the San Siro an option, but did say he would return to Los Angeles before making a decision.