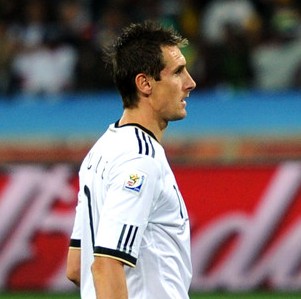 Miroslav Klose gave Germany an ideal start to their campaign with a 1-0 victory in Belgium.

A defensive lapse by the hosts early in the second half allowed Thomas Mueller to find the unmarked Klose just inside the penalty area and he made no mistake.

Germany were second best for much of the first half with Belgium twice forcing keeper Manuel Neuer into smart saves.

However, the World Cup semi-finalists dominated the Group A match after halftime.