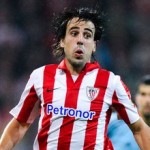 The 27 year old Spanish international concedes they hoped to avoid the Italian giants.

“The group is very motivated by the two most important matches of the season,” Benat is quoted as saying by TuttoNapoli.net.

“We weren’t lucky in the draw. Napoli, together with Arsenal, were one of the teams we were hoping to avoid coming up against.

“But we are ready to go for it because we too are a great team.”