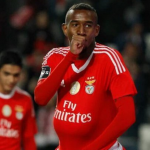 It has been reported that Benfica are ready to sell Liverpool target Anderson Talisca.

O Jogo claims that Benfica have agreed to sell Talisca to either Liverpool or Wolves for around £20m.

Anfield is the 22-year-old’s preferred destination, but any move depends on the FA’s response to his work permit application.

A switch to the Championship is apparently less likely to be blocked than one to the Premier League.

Such a development could leave Wolves, now under new ownership, in pole position to sign the highly-rated attacking midfielder.