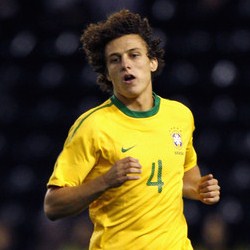 It looks like Premier League champions Chelsea will not get Benfica defender David Luiz after all.

It was reported that the Blues made an improved £23million offer and even included Serbian midfielder Nemanja Matic in the deal.

However, once again Benfica was not impressed and rebuffed Chelsea’s interest in their Brazilian international defender.

The Portuguese side are holding out for £30m but Chelsea will not go that far so fear the deal is dead.

A Chelsea insider said: “The club made an improved offer and included Matic in the hope they could finally clinch a deal.

“But Benfica said again that they weren’t interested, wanted much more, so it looks pretty bleak.” Gary Cahill Desperate To Play In The Champions League Final