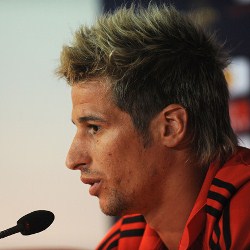 Portuguese giants Benfica are reportedly digging in their heels over the asking price for Fabio Coentrao.

A Bola has reported that Benfica and Real Madrid are still haggling over a price for the 23 year old Portuguese international.

It is said that Benfica are demanding a whopping €30 million for the talented left-back, who is Real’s top defensive target for the summer.

On their part, Real Madrid are said to be willing to go to €25 million and have offered defender Ezequiel Garay to make up the shortfall.

However Benfica are so far insisting only on a straight cash deal.