It has been revealed that Arsene Wenger is looking forward to meeting Napoli’s Rafa Benitez in their Champions League clash. 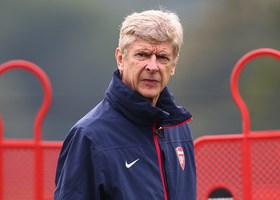 The Arsenal boss feels Benitez deserves great respect, the former Liverpool and Inter Milan coach having landed another top European job following what was a testing, but ultimately successful campaign as interim manager at Chelsea.

“He is a top class manager, he has proven that, so when you are confronted with his teams, you know it will always be difficult,” Wenger said.

“But we are up for it, we want to do it and we have the confidence to do it.”