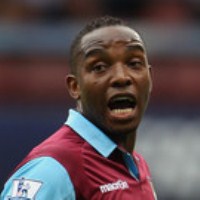 Benni McCarthy, the striker of Premier League side West Ham United, has revealed that he wants to leave the East London club for the USA.

The 33-year old former South Africa international has fallen down the pecking order at West Ham, who are presently down the bottom of the English Premier League table, and is reportedly keen on a move to Major League Soccer.

“He is frustrated at only being given cameo appearances. We’re looking at several possibilities. Benni wants to play. He’s not a guy who sits on the bench and collects his cheque,” Moore said.

“There are options in England and elsewhere in Europe, but I don’t think he would rule out an interesting move to an MLS club. It would be an opportunity to contribute to the game on another continent. We’ve had one or two discussions, and we’ll see what happens in coming weeks.”