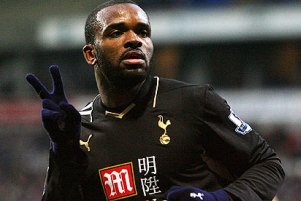 Sunderland striker Darren Bent has revealed that he is confident that his goalscoring form for his club can eventually push him into the England first team.

Bent has netted eight goals this season for the Black Cats after joining in the summer but has missed out on most England squads.

Despite being selected for the international friendly loss against Brazil on the weekend, Bent did not get much chance to impress manager Fabio Capello but believes he can push for chances by continuing to score goals for Sunderland.

Bent told reporters that he cannot go back to Sunderland and stop scoring and let his form drop because he will not get selected for any of the friendlies.

He added that the main thing is for him to go back to Sunderland and keep working hard and make sure that he is not forgotten. Tottenham Locked In Talks With Lyon For Clinton N’Jie