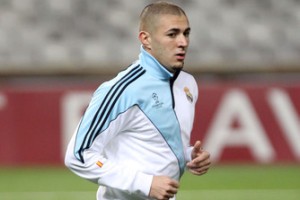 Real Madrid striker Karim Benzema has declared that he wants to fight for his future at the Bernabeu, quashing speculation of a possible move to Manchester United.

The France international striker has been strongly linked with a move to Old Trafford amid reports Sir Alex Ferguson has made the former Lyon striker his number one priority this summer, less than year after the player chose Real Madrid over the Premier League champions.

The 22-year-old is told reporters that : “I did not sign for Madrid to sign for another club soon after.

“I want to succeed here.

“People like to invent stories but I am focused on staying at one of the biggest clubs in the world.”