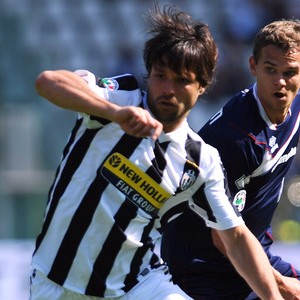 Juventus GM Beppe Marotta has declared that Brazilian midfielder Diego will not be sold this summer.

Marotta did confirm, however, that fellow midfielder Sebastian Giovinco would be sold.

Marotta told Sky Sport Italia that : “Diego will stay with us,”.

“As for the rumours about Giampaolo Pazzini, we have no intention of disturbing Sampdoria and none of their players enter into our plans for this year.”

However, youth product Giovinco is on his way out of Turin after a couple of seasons on the bench.

Marotta added : “There are many clubs interested in him and we want to give him the opportunity to mature as a first team player.

“Parma are prepared to invest a few million in order to take Giovinco in a co-ownership deal.”

Juve are still looking for reinforcements in defence and midfield, supposedly including Barcelona’s Rafael Marquez.

“I absolutely deny reports that we have ever made an offer for Marquez, let alone taking part in a bidding war,” maintained Marotta.