Reports are out claiming that Besiktas are making a pre-contract move for Manchester City defender Joleon Lescott. 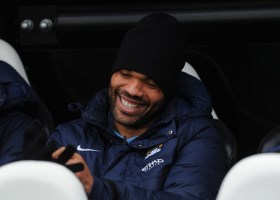 The Mirror reported that the 32 year old England international could go to the World Cup with his future undecided but Besiktas are believed to be in pole position.

A bid by West Ham to sign him in January fell through and Lescott, who confirmed he is leaving the Etihad, can command more as a free agent.

There has been an explosion of money in Turkish football and Besiktas are thought to be offering about £100,000 a week for up to three years.

Balotelli : I’m Happy, Even If I Don’t Smile!