It has been reported that Besiktas players are due a bumper bonus if they can beat Arsenal in their Champions League qualifier. 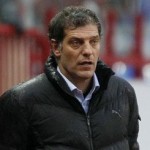 The Daily Mail reported that Besiktas players are in line for £850,000 worth of bonuses if they end Arsenal’s hopes.

The Turkish club face the Gunners in a two-legged play-off to reach the Champions League group stages.

And the Besiktas squad have a huge financial incentive to cause a major shock by dumping Arsenal’s men out of Europe’s elite competition.