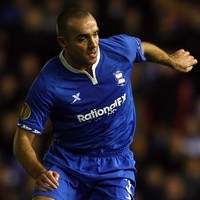 Birmingham produced a stunning second-half comeback to rescue a point from their Europa League Group H clash with Club Brugge to keep alive their hopes of reaching the last 32 after a 2-2 draw.

Chris Hughton’s side trailed 2-0 at the interval with Thomas Meunier and Joseph Akpala striking in a five-minute spell just before the interval.

But Jean Beausejour reduced the arrears and then won the penalty converted by substitute Marlon King which brought the Carling Cup holders level.

It means City, Brugge and Braga are all level on seven points with two games remaining.