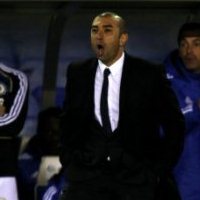 Roberto Di Matteo began life as Chelsea caretaker boss by watching his side complete a comfortable 2-0 win against a battling Birmingham City side in their FA Cup fifth-round replay at St Andrew’s.

After an even first half, the Premier League side went up a few gears as goals from Juan Mata (54) and Raul Meireles (60) handed Chelsea some respite only two days after former manager Andre Villas-Boas was fired having overseen just one win in the London side’s previous seven games.

Villas-Boas went with Chelsea winning only three of their last 12 Premier League matches. They are also in danger of missing out on qualifying for the Champions League for the first time since Russian billionaire Roman Abramovich bought the club with Arsenal in fourth place in the Premier League, three points ahead of Chelsea.

With that in mind, this performance was commendable.

Chelsea’s reward is a clash with another Championship side in the form of Leicester City in the last eight at Stamford Bridge on March 18.