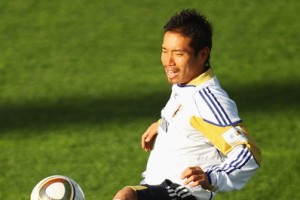 According to the Daily Mail, Birmingham have expressed an interest in Nagatomo.

The speedy 23-year-old left-back has impressed for a Japan side that has stormed to the last 16 of the World Cup.

It is also reported that Italian sides Cesena and Bologna, Spain’s Real Mallorca and German club Borussia Dortmund have shown an interest but the 5ft 7ins FC Tokyo player says he has long dreamed of playing in the Premier League.

It is believed that FC Tokyo will hold a meeting next week to discuss Nagatomo’s possible transfer.

Although he can play across the backline, the versatile Nagatomo has been predominantly used on the left side.