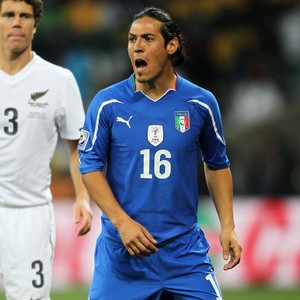 Sensational transfer news are out and it has been reported that Birmingham City are set to land Juventus World Cup winner Mauro Camoranesi.

The Italy international is up for sale at Juventus and has recently declared that he is keen on a move to the Premiership.

Camoranesi’s agent, Sergio Fortunato, revealed to Calciomercato.it: “Birmingham? There was an official approach. A FIFA agent gave me a letter from the English leadership, I have a proposal and I discussed yesterday with the leaders of Juventus.

“There is an issue about the contract, however, since the ‘Blues’ will not support the approximately €2.5 million the player receives yearly. But if Juventus were to contribute to the payment of fees, the deal could go forward.”