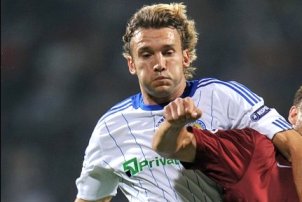 Interesting news are out and it has been reported that Premier League club Birmingham City are launching a bid for Dynamo Kiev striker Andriy Shevchenko.

It is believed that Hong Kong tycoon Yeung intends to bring some big-name players to St Andrews in January to help woo fans in Asia after his £80million takeover.

It is also reported that Yeung is prepared to pump in at least £20m when the transfer window opens in January to strengthen the club’s squad.

It now appears that former Chelsea and AC Milan striker Shevchenko, now age 33, is a target as Birmingham wants two new strikers to lead the attack.