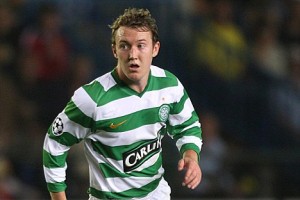 Interesting transfer news are out and it has been reported that Birmingham City boss Alex McLeish is planning a January raid on Celtic for wing wizard Aiden McGeady.

Local Scottish newspapers have reported that the former Rangers boss is tracking Celtic idol McGeady with a view to tabling an offer of £8 million which Hoops chiefs will find hard to reject.

However it is believed that McGeady has also been linked with giants such as Spurs and Bayern Munich.

McLeish is delighted that City’s takeover will see him handed funding beyond his dreams.

However McLeish said that the club will have to be prudent in their dealings.

He added that it is one thing being given large amounts of money and it is another spending it wisely.