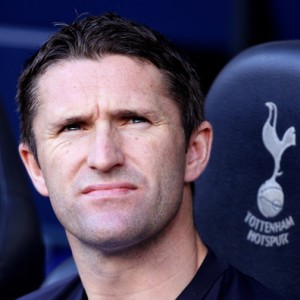 Reports have surfaced that Birmingham City are prepared to offer an escape route to Tottenham striker Robbie Keane.

It is believed that Birmingham are ready to offer £6 million for for the Republic of Ireland striker who will be available in January.

According to the Sun, Blues boss Alex McLeish sees Keane as the man to provide the goals currently missing at St Andrew’s.

Birmingham and Villa have been told by Spurs that Keane, 30, is rated at £8m.

It is unlikely either club will match that price for a 30-year-old frontman who has been short of football in recent months.

But Birmingham will match his £65,000-a-week wages and look to pair the Republic of Ireland’s record goalscorer with 6ft 7ins striker Nikola Zigic.