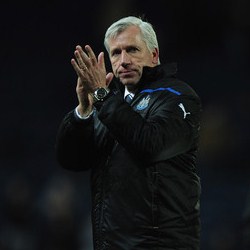 Newcastle climbed to fifth place in the Premier League after a 2-0 victory over Blackburn that left Steve Kean’s strugglers rueing a host of missed chances.

The visitors went ahead in the 12th minute when Ryan Taylor’s speculative 25-yard effort took a wicked deflection off Scott Dann, but Rovers dominated the rest of the first half, with Danny Simpson clearing off the line and Leon Best heading against his own bar before David Dunn saw his penalty saved by Tim Krul.

The second half was a quieter affair but Anthony Modeste, Scott Dann and Mauro Formica all missed good chances to earn Rovers what would have been a deserved share of the spoils before Gabriel Obertan rubbed salt into the wound with a late second.