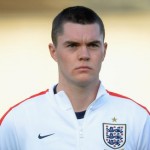 Reports are out claiming that Blackburn Rovers boss Gary Bowyer wants to sign Manchester United defender Michael Keane on a permanent basis after a successful loan spell at Ewood Park.

Bowyer told BBC Radio Lancashire : “The lad is Premier League for me – he’s got that quality,”.

“He’s a Manchester United player and they’ve got a new manager.”

The 42-year-old continued: “We continue to monitor it but I fully expect Michael to be in and around Manchester United’s first team, especially over pre-season, so that they can have a good look at him.”