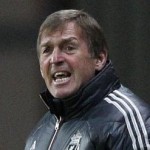 Andy Carroll headed a stoppage-time winner to give 10-man Liverpool a dramatic 3-2 victory over Blackburn Rovers in a chaotic Premier League affair at Ewood Park.

Two goals in four minutes from Maxi Rodriguez saw Steve Kean’s side ripped apart at the back early on, but a straight red card for goalkeeper Doni after he brought down Yakubu saw the visitors reduced to 10 men with the striker having the resulting penalty kick saved by substitute Brad Jones.

Yakubu grabbed a goal back in the 36th minute and converted a second penalty attempt in a frenetic second half after he was pushed over by Jones, but Carroll clinched the three points for his side with a bullet header in added time to leave the hosts devastated as Liverpool ended a dismal run of form.