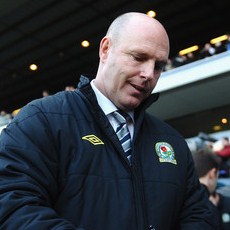 Blackburn Rovers secured a highly valuable 3-1 home win over Fulham thanks to goals from Morten Gamst Pedersen, David Dunn and Mauro Formica, after Steve Kean’s side recovered from the early first half sending off of Ayegbeni Yakubu to put in an impressive display.

The striker was given a straight red for a challenge on Danny Murphy after 23 minutes, but a rousing response from Rovers saw Pedersen give them the lead right on the stroke of half time from a free-kick.

Dunn doubled the lead less than a minute into the second half before Damien Duff scored against his former club to give Fulham some hope. Martin Jol’s side were unable to make their numerical advantage count however and substitute Formica sealed the victory with just over ten minutes remaining to deliver an important three points for the under-pressure Kean.