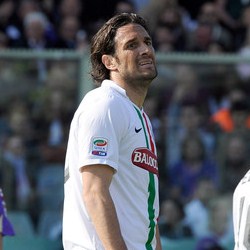 Reports have surfaced that Juventus are ready to offload Luca Toni.

The former Bayern Munich and Fiorentina centre-forward is behind even Amauri in coach Antonio Conte’s plans.

A free transfer has even been mooted for the World Cup winner, who has admirers in England, including Blackburn Rovers, Fulham and QPR.